Oceans X is an initiative dedicated to the conservation of flora and fauna within global waters. This is done by encouraging people and groups to move, to come into action. Movement  and action through individual intrinsic motivation that leads to concrete projects. Projects in which human potential is connected and social added value is created. This is pioneering in the field of learning, working and living together.

In order to create movement and positive impact, Oceans X has successfully built a growing network of influential and driven people and companies that want to connect their name, knowledge and network to this movement. As a result, in a short period of time Oceans X has grown into a widely supported social initiative. 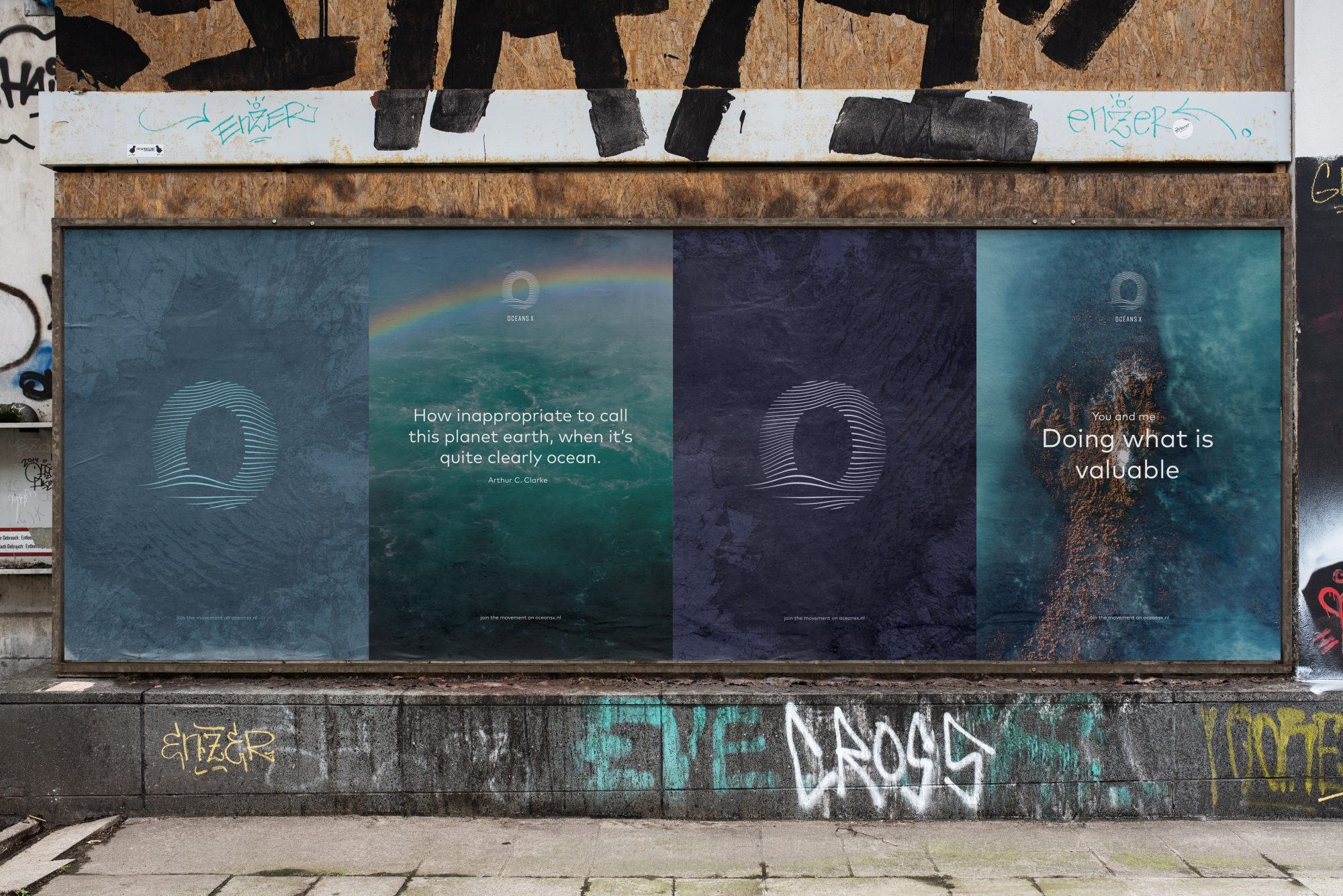 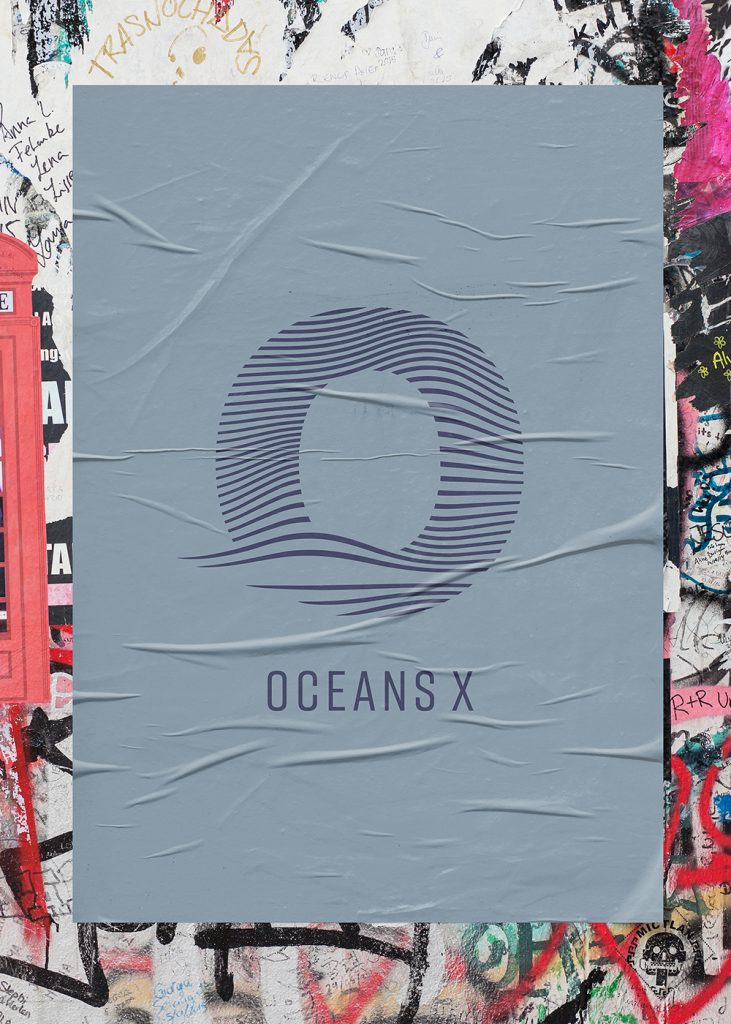 C FOR CHARLIE has been involved in this powerful organization since the beginning. Firstly,  we designed the logo, with the waves of the ocean as our reference point. Then we entered into a long-term partnership for the design and development of all creative implementations.

The first major achievement of Oceans X is the Oceans X Challenge. Oceans X Challenge is  a competition in which several vessels from the Dutch and Danish Navy, the Dutch police and the world’s largest container shipping company from Denmark take part. During a period of 4 months, the vessels compete against each other to reduce CO2. The vessel with the lowest CO2 emission at the end of the race wins the battle. 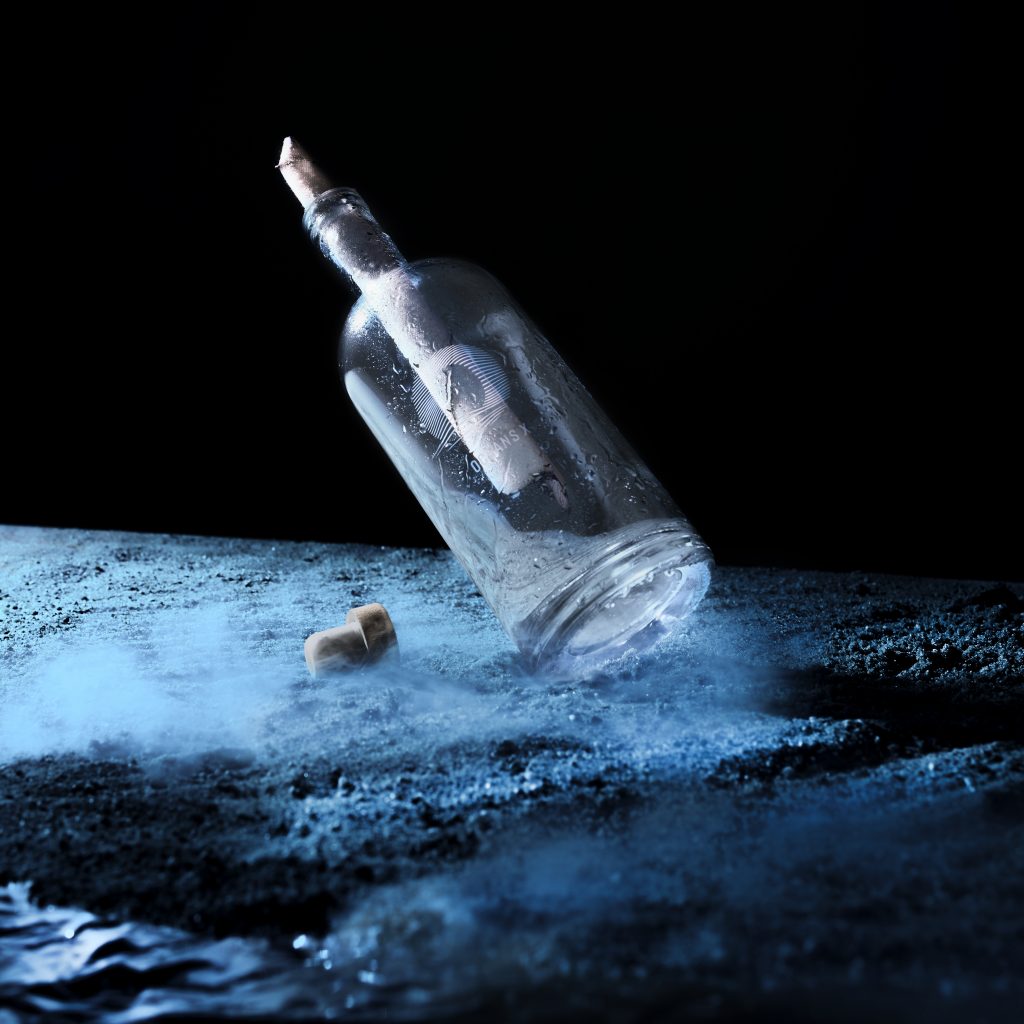 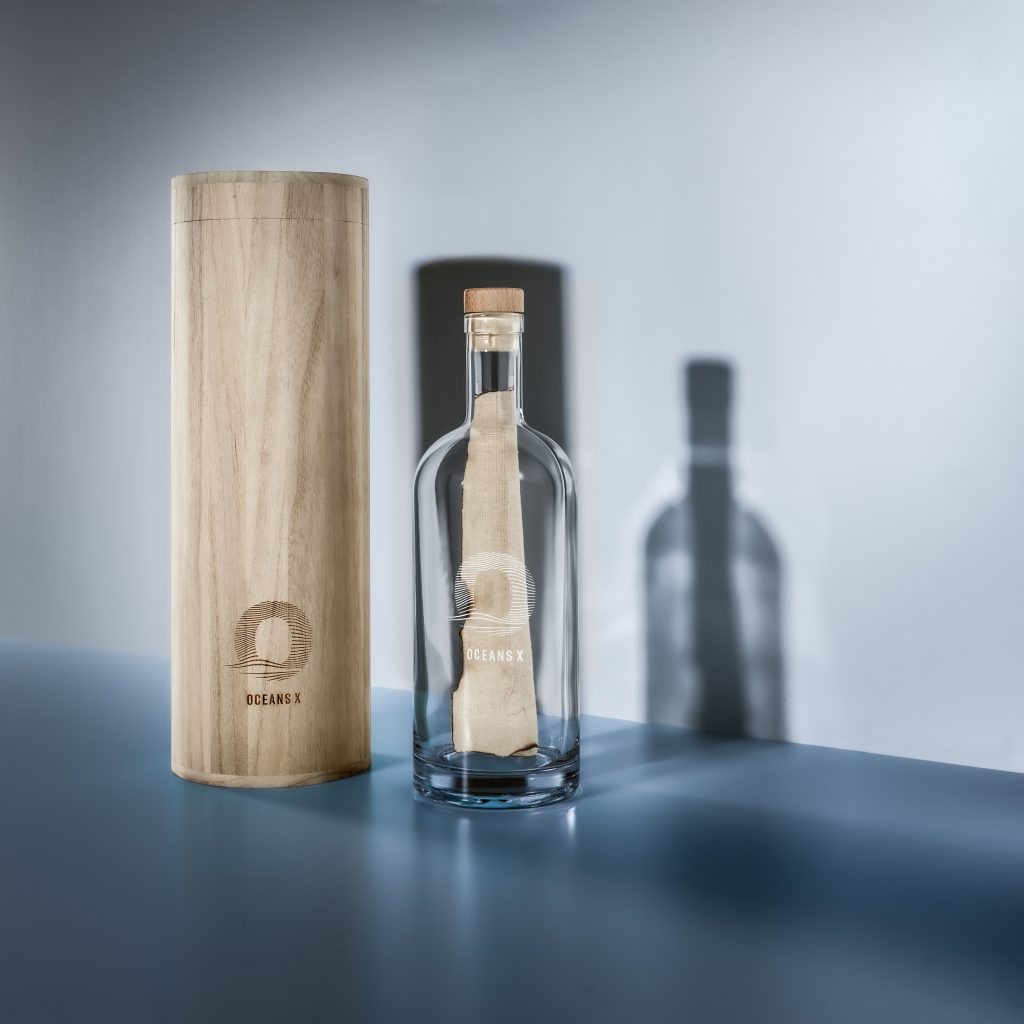 We developed a starter pack for all participants in the Oceans X Challenge. This starter pack is a package with all the necessary information to start the challenge in the form of a ‘message in a bottle’. After all, the package travels the seas to reach the aforementioned ship. It contains, among other things, general information about Oceans X and the login for the platform we developed. Entirely in line with the philosophy of Oceans X, we have only used recycled and ecofriendly materials.

The starter pack consists of a glass bottle packed in a tube of recycled wood. Both have an engraved Oceans X logo. The documents are printed on natural organic cotton with a beautifully aged color and structure matching the ‘message in a bottle’ concept. Moreover, we preferred the cotton over paper because it does not fold and crumble, is easy to roll up and does not tear when removed from the bottle. All documents feature unique and original fragments from ship logs and accounts of 15th century explorers at sea, in order to extend the theme even further. 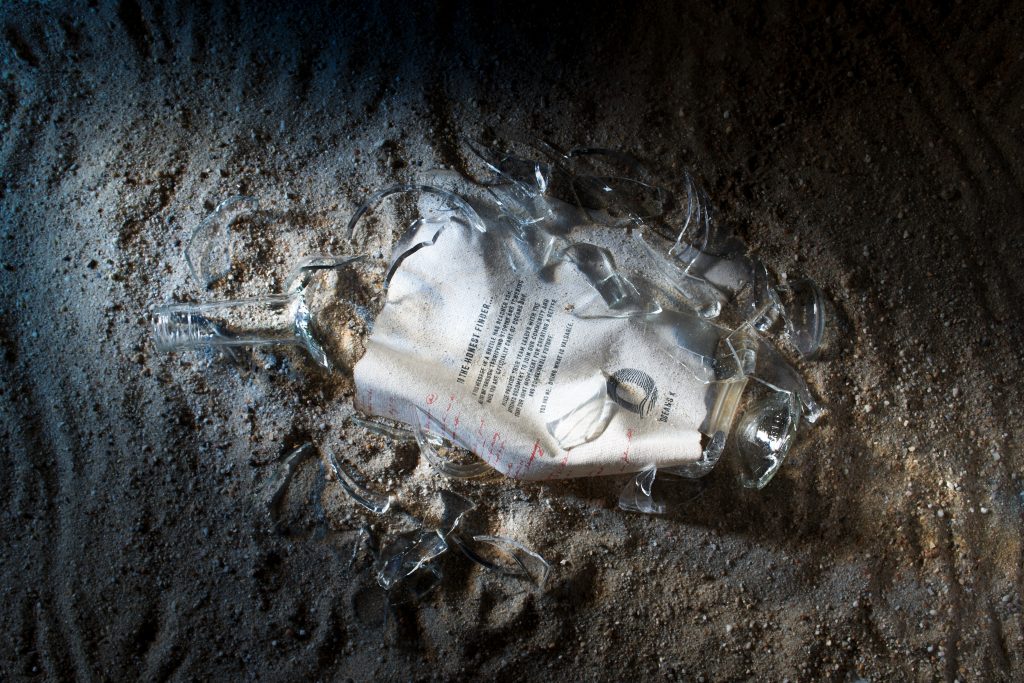 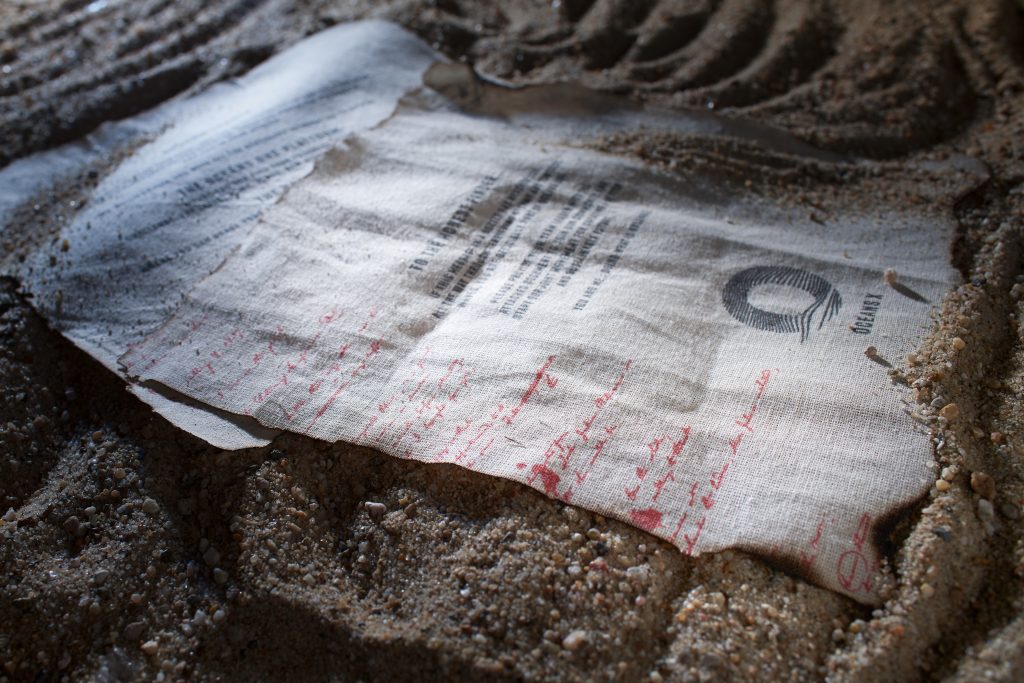 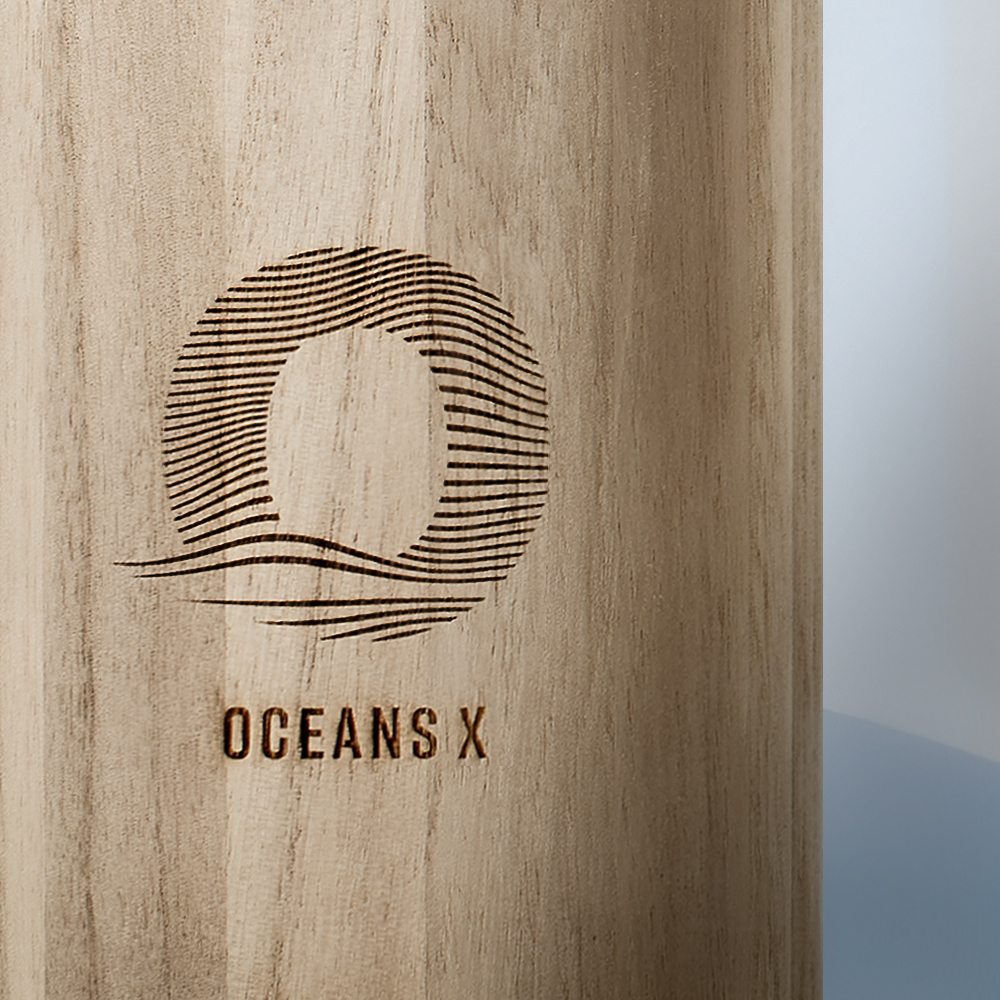 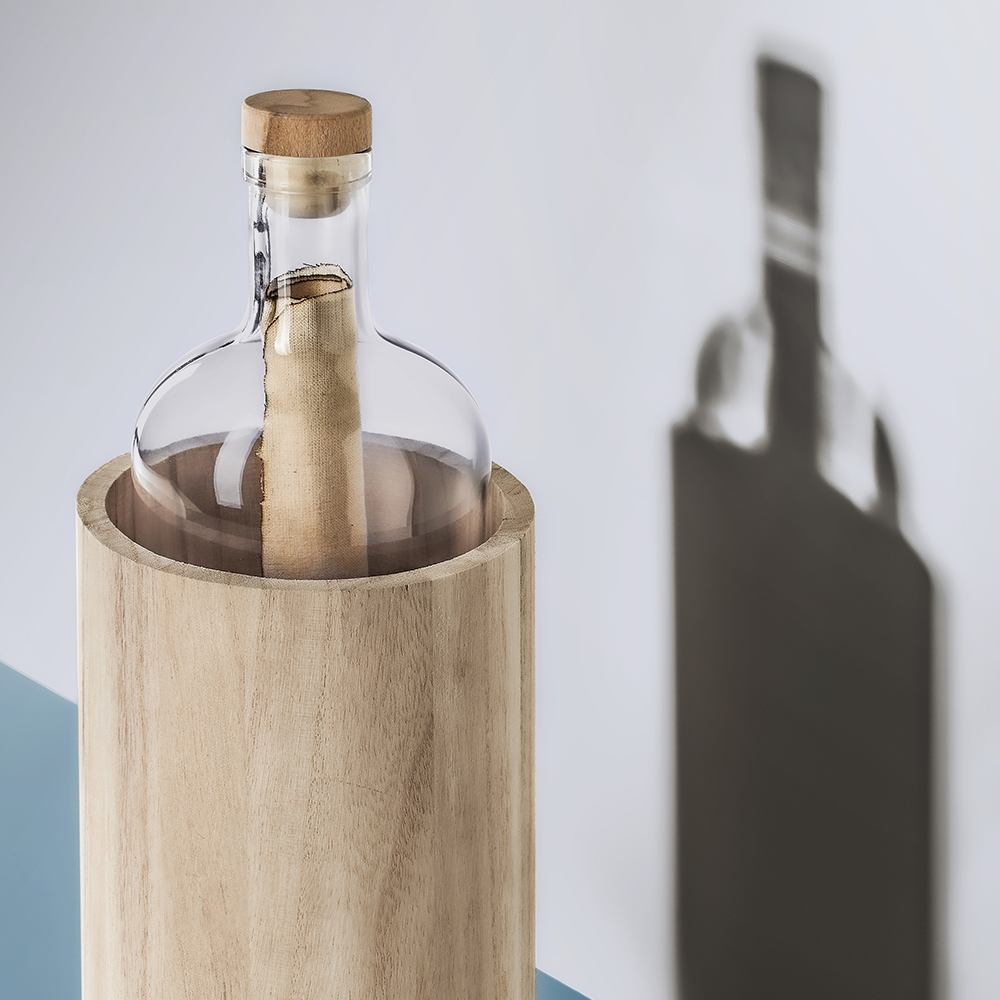 We developed several animations to clarify the processes. We like to use those to clarify complex matters and make them bite-sized.

You can find out more about which cookies we are using or switch them off in settings.

This website uses cookies so that we can provide you with the best user experience possible. Cookie information is stored in your browser and performs functions such as recognising you when you return to our website and helping our team to understand which sections of the website you find most interesting and useful.

Strictly Necessary Cookie should be enabled at all times so that we can save your preferences for cookie settings.

If you disable this cookie, we will not be able to save your preferences. This means that every time you visit this website you will need to enable or disable cookies again.